First, the stash report!  Okay – so last week I ran out of the white corduroy for Razzle.  I ordered some online but I couldn’t just get that.  So I ordered some fabric too.  That’s +2 yards.  Then on Thursday I decided to reward myself and go to my LQS and use the gift certificates I had.  The same gift certificates that I was saving for my next backing.  Well, I decided that I would rather use it on some new fabric.  So that’s another +2 yards.

But aren’t they pretty!

I left the white corduroy out since it’s white corduroy and I’m sure you can figure out what that looks like.  It’s interesting because the fabric in the middle looks more of a dark blue than it does in the picture and the pink is really purple.  I’m trying to build the darks in my stash so I’ve decided (if I can remember this when I go to the fabric store) to buy darks if I ever have the urge to buy fabric like I did this week.

I spent most of yesterday in my sewing room and got a ton of work done on Missing Ivy!

Then on my last block realized that I messed up at some point.  I was missing one of the rows.  I found it in my scrap bin.  It must have fallen in while I was moving around.  anyway, it was the wrong row and here was what the last block looked like – I already took my seam ripper out as the two rows to the left were pieced together but in the opposite direction.

That was a little frustrating as I was almost done.  I do not know where I messed it up but I’m glad I caught it before it made its way into the quilt.

Woohoo!  Now I’m ready to put this aside for a month while I work on something else this week.

But first – an update on Raining Cats and Dogs. 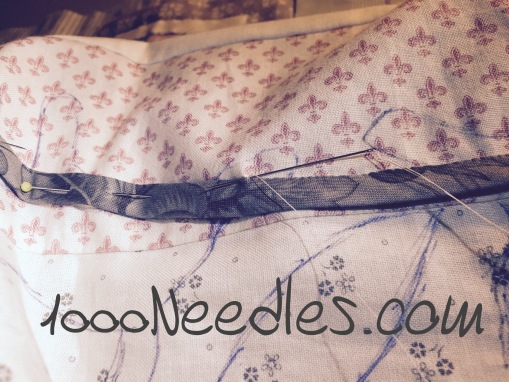 I was able to get most of one side of the stem. 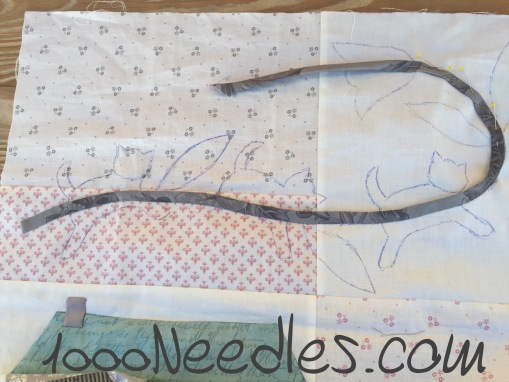 And a nice tip… you may already know this… but I just figured it out so I’m super excited.  I have a ton of these little bands that I used on Kayla’s hair when she was little.  I bought them from Chinatown for $5 but it came with THOUSANDS!  And I’m not exaggerating.  I’ve been giving them away and I still have a ton left!  Anyway, I may not give them away any more as I found that I can use them to keep the thread up on my spools! 🙂

Today I plan to practice my quilting on Bailey.  I will also pack up Missing Ivy and pull out my next project.  I’m debating between getting the back ready for Moon Glow or putting the borders on Hampton Ridge.  I’ve been going back and forth and this moment I’m leaning towards Hampton Ridge.   🙂

and hand projects at

~Have a quilty week!

mango tree is finally in its forever home. #mangotree #gardeninginlosangeles #zone10b #bugsareeatingmealive
Kayla representing vintage #downrightpinoy found in one of my old boxes we unpacked after our latest move.
I know I said no more mugs but sometimes you just have to. I love my new mug… from MFA in Boston.