Block of the Month through Stitch In Heaven 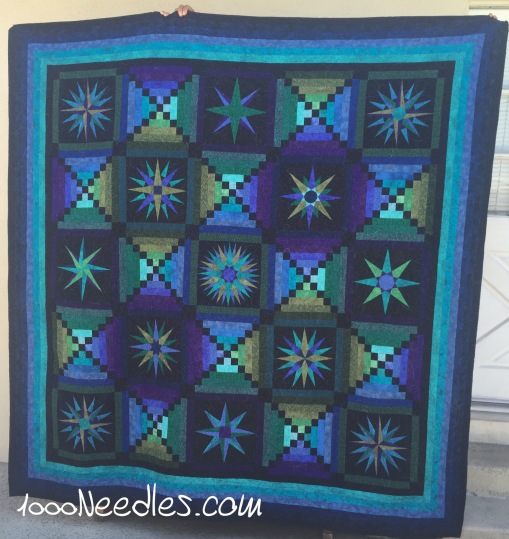 From the website: “This beautiful quilt was designed by Jinny   Beyer specifically for beginning to intermediate level quilters. Each of the   blocks are geared to teach a variety of basic skills, beginning with the easiest   block and ending with the most difficult. The fabrics cover a spectrum of color,   and seem to glow, giving the quilt a breathtaking beauty.”

The free, downloadable pattern is available at   http://www.rjrfabrics.com/patterns/download_pattern.cfm?psID=423.

This is a Ginny Beyer pattern.

It’s quilted!  I’m working on binding it now.  My goal is to get it done this month.

8/26/2013 – I received in the mail my receipt for the $25 sign up fee.  This was nice to get as confirmation that I am now part of this BOM and I look forward to receiving the kits each month. I received this via email too last week so it seems overkill to have gotten a physical receipt as well.  But I guess not everyone actively monitors their email so they’re just making sure that the recipient receives it whichever way they want it.  🙂

I’m really happy that Block 2 of Moon Glow was much better than Block 1.  I paid close attention to the instructions.  The square in the middle was appliqued on and I know it isn’t straight or anything but I like it this way.  I was watching Carol Doak’s Mastering Foundation Paper Piecing on Craftsy to help me as I foundation pieced the star together and it helped a lot!  I’m now caught up with the Moon Glow BOM! 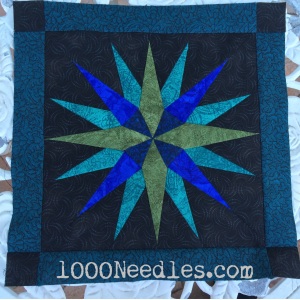 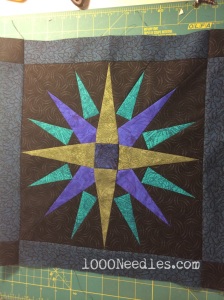 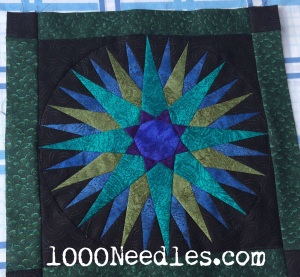 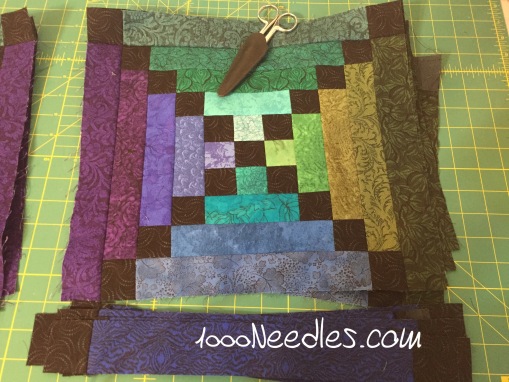 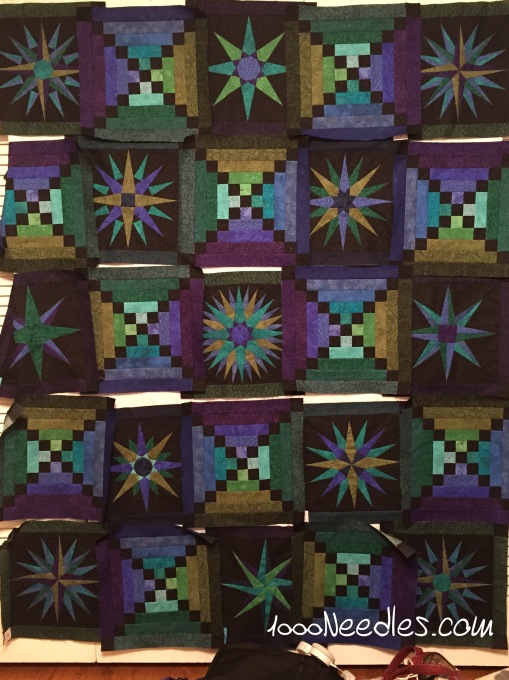 Ideas on quilting this baby…

The inner part is all quilted.  I took it off the frame and I’m now working on quilting the border on my domestic.

Posts that mention this BOM:

BOMs – What am I getting myself into?

Moon Glow – an update on my epic fail

Another finished quilt.
Today’s picture is to show the sorry state of my onions. 😫I planted them as seedlings and didn’t watch the youtube videos with the right directions until after I planted them. I probably put them with too many things or not the right things. 🤷🏽‍♀️But I’m into companion planting because even plants need friends around. But maybe these aren’t the right friends? I don’t know. half are up and half are down. well see how many survive.
Current status on this weeks xstitch project! 😊