November was a tough month quilti-wise.  I definitely didn’t get as much done as in previous months.  Hopefully that turns around in December.  But with the holidays taking over the world, I’m going to take things slow.  I’ll still have what I usually have on my get it done list but my plan is to take things one day at a time and be okay with not getting as much done in this area of my life.

Celtic Solstice
270 Blue Triangles of Step 1. I still need 110 and the Orange and Neutral middle parts to cut. 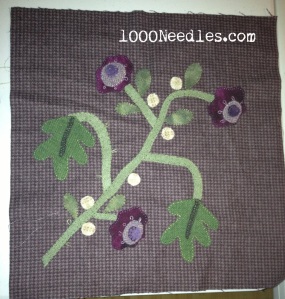 Even though I feel like I didn’t get a lot done in November, I feel much better going through my Get It Done list.  I actually got a lot DONE from that list.

GET IT DONE FOR DECEMBER:

See more Get It Done posts at Patchworktimes.com

Posted by Melanie. Categories: Get It Done, Quilting. 4 Comments