Here are some of the finished socks I’ve completed.
I do not think I’ve posted them yet so it’s not legit until it’s posted. 🙂

This was a sock blank. And it was the part left over after I’d already knitted a pair of socks before. I can’t remember when – probably a year or two ago.  So these have been in my stash waiting. And I knit and knit and knit in the round knitting what we call vanilla socks.

I was knitting the second sock of this pair:

This also came from a sock blank. If you do not know what a sock blank is, it’s yarn already knitted up into a rectangle. The dyer goes in and dyes it and it’s very pretty. You do not know how it will knit up because they colors get all jumbled together.  I normally knit both socks (of a pair) at the same time, but with a sock blank you can’t do that.  So I had knit the first of the honey bee sock some time ago. It was a bit difficult for me so when it came time to do the second pair I decided I needed a break.  When I picked it up, I need to knit a second sock at the same time since I was used to doing two at a time. I knit the blue/green sock blank at the same time. For the blue/green one, I just knit it into a tube until I knit all of that yarn.  When I finished, I cut it in half.  I used a contrasting yarn to do the toes (except the first one), heels and cuff.  I used the afterthought heel method I think, for those how know, using the kirby worby technique.  I may be getting the words wrong.  I do not like doing the afterthought heel method but I like being able to knit knit knit and then putting a heel in afterwards. Especially if you don’t know if this is going to be for me or someone else.  It’s also helpful to keep the yarn going and picking where to put the heel in, which is most helpful when you are knitting stripes.

And in June, I finished these socks: 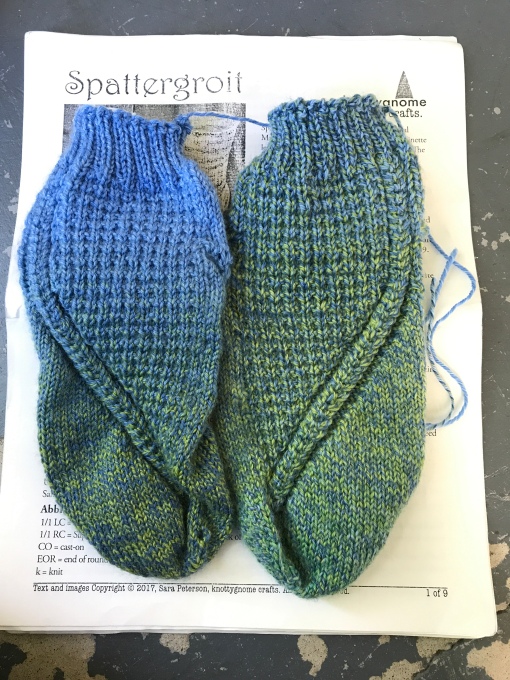 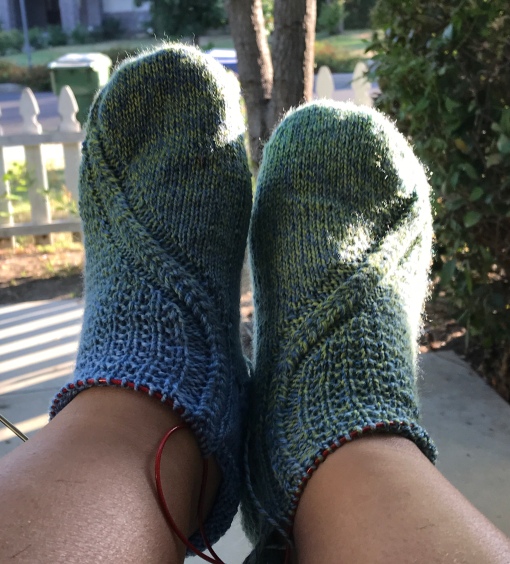 I knit these two up, two at a time.  I did about 2-3 rows a day except weekends.  I love how these came out.

🥰🥰🥰🥰
This top is done! I love how it turned out.
yesterday’s sunset as we headed home from an evening celebrating our eldest’s 20’th birthday. #lifeisgood