Every once in awhile, during months where I had more quilting time, I worked on a second list of projects… I lovingly call this my wish list.  That wish list changes during the year but right now, this is it:

That’s pretty much all I have time to get to each month.  I very rarely reach Celtic Solstice because by then, the month usually resets and I’m back to Tell It To The Stars.  So… the BOMs are ending pretty soon.  Tell It To The Stars is ending November or December.  I’m on the final block for Moon Glow and will be starting the finishing instructions next month.  I’m on the final set of blocks for Hampton Ridge and will be starting the finishing instructions soon also.  As they get done and off the list, it makes room for Bonnie’s mystery quilt, Grand Illusion! from December – January and then off the priority list and down to the wish list.  Then Scrapitude 2015 will be on the top 3 list from January until May.  And then what happens?  I’ve got a ton of things just waiting to jump onto the wish list and then the priority list.  I do not want to start anything new and I do not want to buy fabric without a project in mind.  But I have no room for new projects and I have no room for new fabric so… I have to get them on the list to get them finished.

Here’s what I’m thinking, every year NewFO Challenge happens.  I wanted to do it this year but I can’t imaging how insane I’ll be if I started something new each month.

So I’m tweaking it for myself for next year.  Instead of working on something new each month.  I will work on a new UFO each month.  It won’t take the place of my priority projects but will be in the second category (where Celtic Solstice is now).  That way all my UFOs that are floating around waiting for space in my top three projects can still feel the love (at least for a month).

Here’s my list of projects I want to hit up next year in no particular order:

I know I’ve listed 13 and there are only 12 months out of the year.  But I’m thinking of frogging Craftsy BOM 2012.  I only did the first two months and I did not pick out fabrics for the year and I’m not toatlly in love with the quilt.  So… it’s on there for now but may come off when I solidify my list.

All of these projects are stored away in my sewing studio, shelves, drawers, with the intent that they will move into the top 3 spots as the BOMs and other projects move off.  But they haven’t made it to the top of the list for one reason or another.  I still have a bunch of KITS that are not opened, but hidden away outside of my sewing studio.  Not to mention the ever growing list of quilts I WANT to make.

Okay, now I’m getting carried away and I’m driving myself crazy… I will let it go at this point… but this is what is in my head and sometime before the new year, I’ll be putting rhyme to reason… the projects will be put in some sort of order and assigned months for me to work on them.  I’ll probably work on my monthly lists too so that they are in line.

I used to link to Judy’s “Get It Done” monthly list at PatchworkTimes.com but she stopped doing those this year.  I’ve been looking for a good replacement.  I try to post at “A Lovely Year of Finishes” at Fiber of All Sorts and “Finish Along” at The Littlest Thistle.  But it hasn’t worked as well for me.  I think it is because they concentrate on finishes while I do not finish things that fast.  If you know of a good blog where I can just post my goals for the month and share with others, please let me know.

This week, I plan to do:

This week, I plan to do:

This month flew by fast and I didn’t get nearly as much as I normally get done.

I barely finished the August Clue for Tell It To The Stars last night.  This month’s clue required quite a bit more cutting than the previous months and it just took a lot longer for me to finish.  I’ve been on vacation these last couple of weeks and I had hoped to spend more time in my sewing room.  But, vacation for a business owner doesn’t really happen unless I leave my house, put away the laptop and do not have internet access.  So – I spent more time working than I wanted to.  However, I was able to spend a few days in Carlsbad, CA and finally take the boy to Legoland.  I’m really glad I did as I’m pretty sure he would be too old for it next year.  With that said, I better get my act together if I want to get more than 1 item done on my August list.

Like Loading...
Posted by Melanie. Categories: Get It Done, Quilting, Tell It To The Stars. Tags: Lovely Year of Finishes, Mystery Quilt, Tell It to the stars. 2 Comments

I missed posting my July Goal List because of my busy life… but I wanted to get this up here anyway.

This month we’re in LA for 8 days and we’re doing a tea party for her friends and we’re having a small family thing for Kayla’s 13th birthday.  She really turns 13 in July but since we plan to be living in LA by then we wanted to celebrate with her new friends from the Bay and with our family here.  We’ll have another party when we get back to LA to celebrate our homecoming!  All that to say that I’m not sure I’ll have much quilty time this month.  But one step at a time and eventually things will get done.  My only primary goal is to finish Easy Street.  Everything else can wait if I don’t have time.

Another month, another quarter finished in 2014 and I was able to finish 2 secret projects and get very close to being done with the hand quilt. 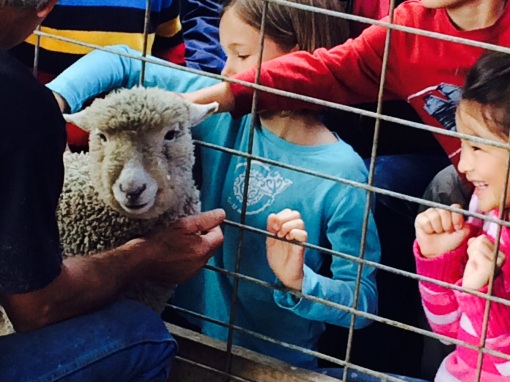 Finally finished the March clue! Sticking with this... slowly but surely.
Kayla Jocson put together my guild’s IG board and I took a pic to send my guild mates… realized she was wearing vintage Samahang T-shirt so I had to find one of me to prove it’s vintage-ness … Happy birthday babygirl!
finishe mr’s beannie! Tried multiple versions… hopefully this is a winner!